According to the Department of Budget and Management, President Benigno S. Aquino III submitted to Congress the proposed P2.006-trillion 2013 National Budget, which proposed a 12.5% increase in the Philippine defense budget. Budgets for the top eight departments appear below. The DND is ranked third after the Departments of Education and Public Works.

Congressional action on the proposal is required for its implementation. 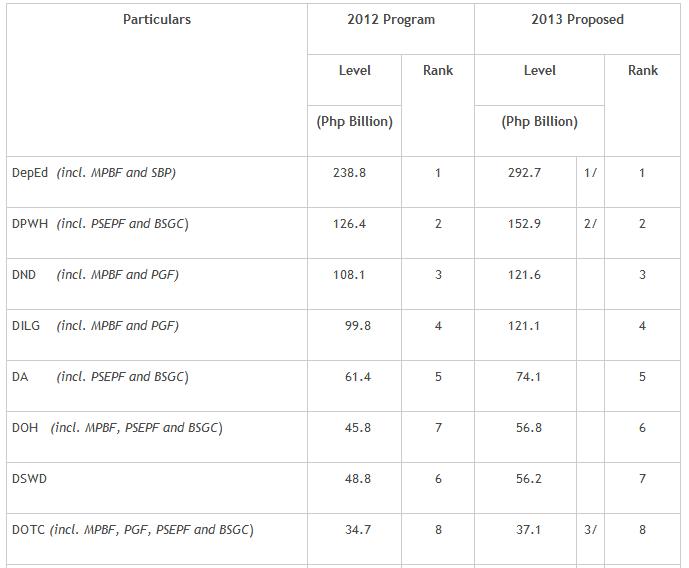